Deborah Milano, the cosmetics company that has been synonymous with Italian excellence, creativity and passion since 1962, believes in talent. It has decided to support young women making their debut as artists, accompanying them along the path that will lead them to the spotlight on the most important stages in Italy and abroad.

This year, Deborah Milano will do make-up for Giulia Casieri, a promising young Italian singer with a deep, soulful voice, during the evening dedicated to new contestants at the Sanremo Festival. Giulia Casieri, who was born in 1995 and is known for her magnetic gaze and intense expression, has a typical yet modern Italian beauty. She has been on the scene for three years, seeing success thanks to her evocative songs. Deborah Milano has chosen her as the face of the #EveryDayDiva concept, and is supporting her in this first important event because of the determination she has shown and for the enthusiasm with which continues on the path toward her dream every day.

It is thanks to her depth along with a mysterious, intriguing personality and a healthy sense of self-deprecation that Deborah Milano has chosen to support Giulia as she makes her debut on the prestigious stage of the Ariston Theatre. Luca Mannucci, the official make-up artist for Deborah Milano created a sophisticated make-up look focused on the magnetic gaze of the young singer-songwriter. This look fully represents her while bringing out her natural beauty.

“I listened to the song that Giulia will perform at the Sanremo Festival before I even met her, and I didn’t want there to be a disconnect between her music and make-up. I immediately thought of her face as a canvas where I could create an elegant interplay of dark and light, full on, just like her music and her words, which are sharp and biting. I wanted to highlight Giulia’s deep, melancholy Mediterranean eyes with shaded black elements, with a special focus on the corners of the eyes. The rest of the make-up is very neutral, almost opalescent. Her full lips feature a shade of nude with a matte finish. Her skin remains diaphanous, without a touch of blush,” said Luca Mannucci, official make-up artist for Deborah Milano.

“It is a great source of pride to share this important milestone with an internationally famous brand like Deborah Milano, which chose to support my talent and to take a chance on my capabilities during this debut in the music world. I feel like I represent the values shared with the brand, such as a passion for art, a focus on beauty in all of its forms and vitality as expressed in different ways. Deborah Milano’s support is prestigious recognition of my work, which further inspires me to establish myself and have success in this world,” says Giulia Casieri.

By doing Giulia Casieri’s make-up, Deborah Milano is once again featured on the stage of the Ariston Theatre.  In fact, since the 1960s, this Italian cosmetics company has been responsible for interesting looks for great divas of the past and present, including Ombretta Colli, Mia Martini, Marcella Bella all the way to Iva Zanicchi, with whom Deborah Milano celebrated victory with the memorable “Zingara” when she wore Gipsy Red lipstick. Furthermore, the prestigious Trofeo Deborah has celebrated Italian beauty over the years, rewarding the most sophisticated singers who have represented the spirit of the times with their looks and songs. 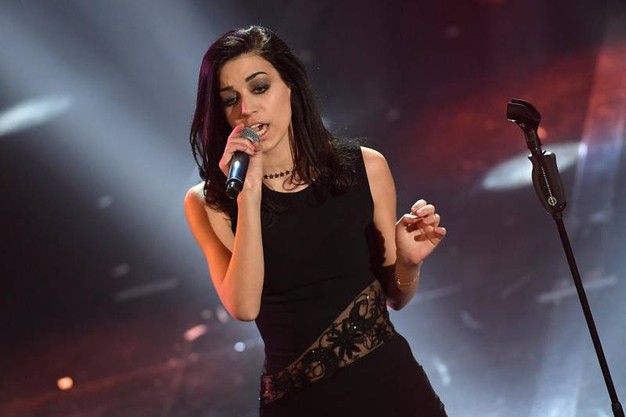 To offer you a better browsing experience, this site uses third-party profiling cookies. By continuing to browse we assume that you’re happy with that.Read more